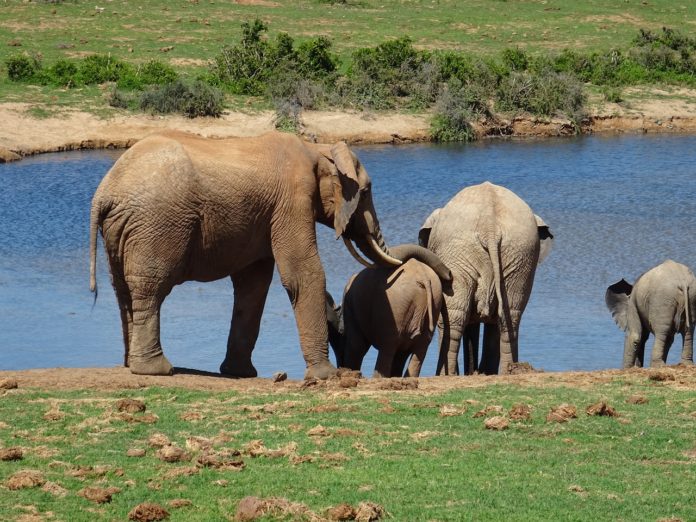 The majority of South African visitors to Addo Elephant National Park originated from the Eastern Cape – 101 374 which represents 69% of the total, followed by 21% or 30 448 from the Western Cape.

Addo Elephant National Park Manager, Nick de Goede, says “We are elated with these statistics. Not only does it tell us that the Park is a destination of choice for so many people, but that confidence both in the area and in the country is also picking up.”

“By putting best practices in place on the conservation front, we are able to provide top quality game viewing and a myriad of other activities all centred on our core function of nature conservation. The amount of day visitors, who made up 82% of our visitors over the past 12 months, tells us that the majority of people passing through our gates do so to enjoy the Park’s fauna and flora,” de Goede continues.

There are a number of activities guests to Addo Elephant National Park, just outside Port Elizabeth in the Eastern Cape, can participate in. These include self-drive game viewing, guided game drives, bird viewing, walks and hikes, horse trails and a 4×4 trail. For others wanting to spend more time in the Park by overnighting, an array of accommodation options varying from camping and caravanning, to chalets, rondawels, tented camps to more luxurious four-star options is available.

Meanwhile, Mountain Zebra National Park welcomed over 30 000 visitors through its gates over the past financial year. The increase from 27 965 to 31 210 visitors between 1 April and 31 March over the previous year accounted for a 10% increase in guests to the Park.

There was a slight difference between the numbers of visitors who went into the Park only for day visits compared to those who chose to stay overnight. Overnight guests accounted for 53% of the total visitors – 16 563, while the remaining 14 647 came in as day visitors.

Park Manager, Roland Januarie, says they are excited to see an increase in the popularity of the Park, especially among South Africans.“One of the stand-out qualities which makes Mountain Zebra unique is our cheetah tracking activity, during which guests get to experience getting close to these unique creatures on foot, in their natural habitat. The smaller size of the Park and the variety and number of species almost always guarantees good sightings, coupled with our magnificent views, also gives us an edge.”

He added that the park’s accommodation offering product was expanded last year, adding an additional eight units to the rest camp. The six cottages and two four-star rock chalets were added to the Park’s existing family cottages, which now provides guests with a variety of options from which to choose. Added to these the park will also have camping and caravan sites in the rest camp and the Doornhoek guesthouse and two mountain cottages inside the game area.

The Park, located just outside the town of Cradock in the Eastern Cape, offers visitors a number of activities to choose from. These range from self-drive game viewing, to guided game drives, cheetah tracking, a visit to San cave paintings and a number of walks and hikes.