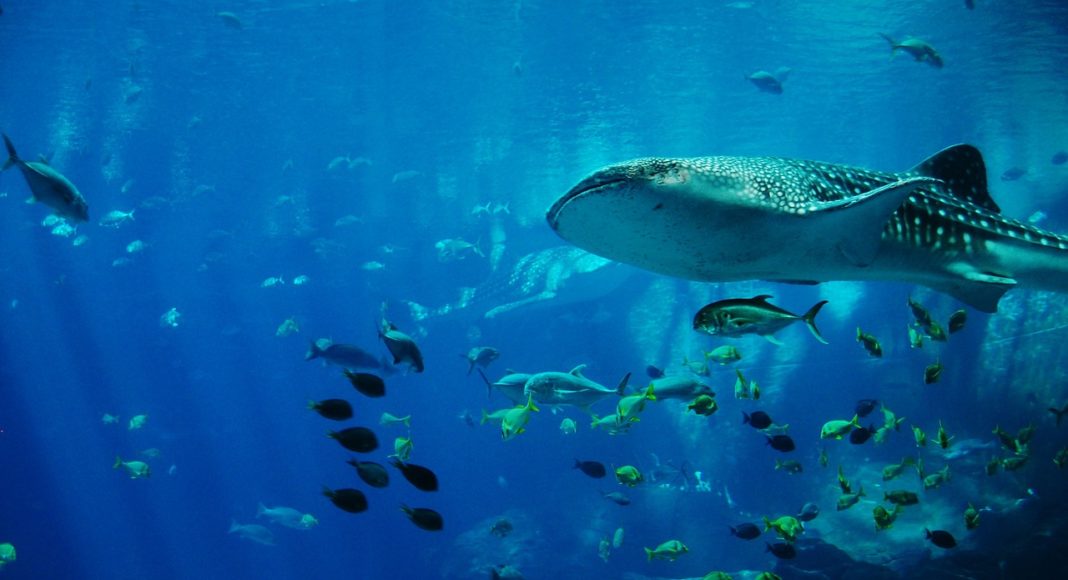 The ocean conjures up a deep sense of wonder in us that’s hard to explain. Flowing over nearly three-quarters of our planet, the experience of being near the sea is cathartic and scientifically proven to help rejuvenate the mind and body.

Along the coastline of the African continent, specifically within Southern Africa, you can witness some of the most intriguing and wonderful creatures, from dolphins to green turtles, rays, dugongs and of course those larger ocean giants- whales, whale sharks and 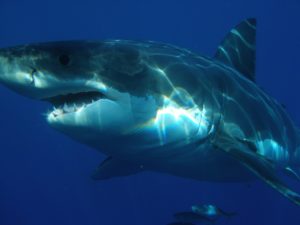 If you’re in search of some inspiration and the chance to encounter some of our oceans most majestic beasts, you might like to start with these…

“What makes diving in Mozambique really special besides our marine biodiversity, is the fact that it is not over run with divers. Diving enthusiasts heading here the chance to encounter blacktip and whitetip sharks, blue spotted stingray, and electric rays- all common in the Mozambican waters,” says Natalie Tenzer-Silva, Director of Maputo based Dana Tours

“As for those looking to encounter whale sharks, Mozambique has one of the highest populations in the world. It’s one of the best places in to snorkel with them,” she added.

These slow moving creatures are usually seen filter-feeding on krill near the surface in Bazaruto Archipelago National Marine Park and Tofo Beach, situated just north of Maputo. As long as you are comfortable in the water and can snorkel, then this is easy and safe. The best times to go snorkeling with whale sharks in Mozambique is from June to September, when the whale sharks arrive to feed and mate. Remember to resist the urge to touch them or to use flash photography. 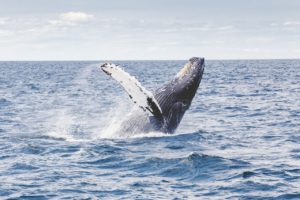 “Southern right whales are seen from June to November, while the migratory Humpback whales arrive with their calves early in November until the end of February, then again during May and June,” says Henk Graaff, Managing Director of SW Africa.

“We often tailor make various “wine and whale” self-drive packages from Cape Town to P.E for guests wanting to catch a glimpse of these gentle giants who really know how to put on a show, breaching, lob-tailing and flipper slapping,” Graaf added.

The Whale Trail as it is called, is a popular self-drive route that will reward you with abundant whale sightings but needs to be done in season when they are clearly visible from the shores and cliffs. It’s ultimately up to you how many days you want to take, where you want to dawdle, and where you’d prefer to stay overnight, but a stop in Hermanus is a must. This fishing town is well-known for its “whale crier” who blows a horn when a whale is spotted. 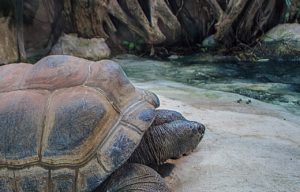 “The waters surrounding the Seychelles offers up a real bounty of marine life. Snorkeling and diving excursions reveal an impressive underwater world, but even wading near to the shore can be enough to catch a glimpse of many different fish species, ”says David Germain, Seychelles Tourism Board- Director for Africa & the Americas.

“Many visitors come here hoping to see our turtles, not only within the waters, but when they come ashore to lay their eggs. They are an important part of our national heritage and biodiversity. It’s great to see how people also gain a keen interest in our conservation efforts with them,” he added.

Besides several species of turtles, the Seychelles is also home to bottlenose dolphins which can be spotted bow-riding when out on a boat. During October to November there are also lucky sightings of Southern Right whales and Humpbacks as they migrate to the warmer waters to breed.

Jeanette Briedenhann
Jeanette Phillips joined the team in 2016. She developed a passion and love for all things-travel related in her role as travel journalist, a position she held for over seven years. A brief exodus into the corporate marketing sphere proved that there is no better industry than the travel industry. Research and writing are two of Jeanette’s greatest passions, but she is always open to new challenges and different ways of doing things.
Previous articleSANParks concerned about impersonation on social media
Next articleCholera outbreak confirmed in Lusaka