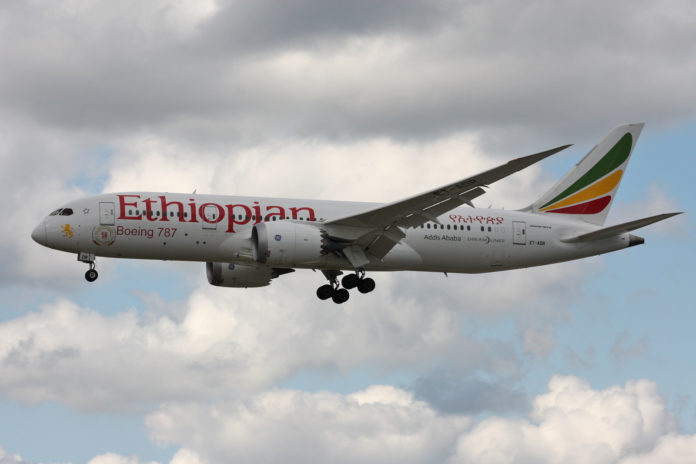 Ethiopian Airlines has announced that it will introduce a new daily service to South Africa in 2018.

The third daily flight between Johannesburg and Addis Ababa, the Ethiopian capital is to be launched in April.

According to Abel Alemu, Ethiopian Airlines Regional Manager, the introduction of the new frequency is an indication of the airline’s success story in “this part of the world”.

“This is an indication yet again how successful Ethiopian Airlines has been in South Africa, having started with only one departure but going to two last year, one in the afternoon and one at midnight.”

The airline in recent months topped headlines in announcing several new routes as well as the introduction of the first B787-9 into service in Africa, as well as most recently deploying its second B787-9 to Beijing.