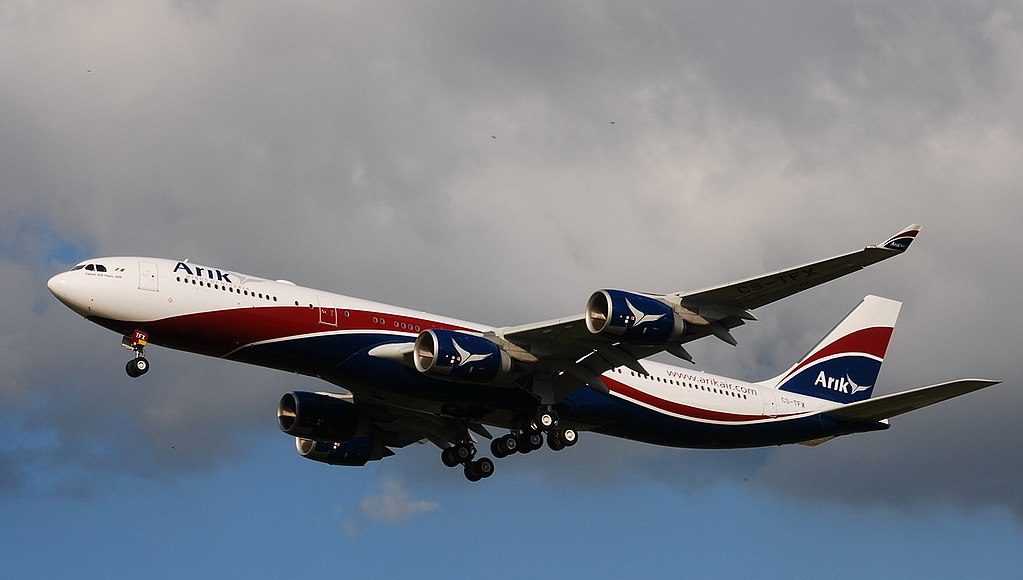 The Federal Government Nigeria is currently in discussions in support of aviation security with the United Kingdom and for Arik to recommence operations to London.

According to media reports the Federal Government was also discussing with the Kano State Government the reasons why international carriers like Emirates, Turkish Airlines and KLM, among others, stopped flying to the Mallam Aminu Kano International Airport.

Arik, in February 2017, announced the suspension of its international flight operations to London and South Africa, and stated that it would focus on the domestic and West African routes.

The decision, according to the management of the airline at the time, was to enable the carrier to engage and discuss with creditors who had become restive since the intervention of the Asset Management Corporation of Nigeria in the operations of the carrier.

However, the Minister of State for Aviation, Senator Hadi Sirika tweeted on 4 December saying that he met the aviation minister of the UK to discuss Arik’s return to London as well as discussions focused on aviation security.

Jeanette Briedenhann
Jeanette Phillips joined the team in 2016. She developed a passion and love for all things-travel related in her role as travel journalist, a position she held for over seven years. A brief exodus into the corporate marketing sphere proved that there is no better industry than the travel industry. Research and writing are two of Jeanette’s greatest passions, but she is always open to new challenges and different ways of doing things.
Previous articleSA Health Minister confirms listeria outbreak
Next articleFlight Centre’s guide to choosing and booking your dream holiday