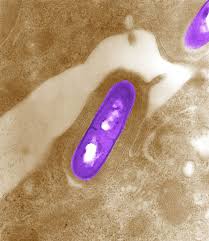 South Africa’s health ministry has issued a warning to consumers to avoid “all processed meat products that are sold as ready-to-eat” after tracing the source of the deadly listeria outbreak to a sausage meat product.

“As of 02 March 2018, a total of laboratory-confirmed cases have risen to 948, still counting from January 2017,” Minister of Health Aaron Motsoaledi said Sunday in remarks published on the website for South Africa’s National Institute of Communicable Diseases. “Of these 948, a total 659 patients have been traced and 180 of them have unfortunately died.”

Officials have identified a meat product known as “polony” from the Enterprise Food-Production facility in Polokwane in South Africa as the source of the outbreak, Motsoaledi said.

In a statement on posted to its Twitter account, Enterprise said it was working with all relevant authorities to recall its products.

“We have suspended operations at both Enterprise manufacturing facilities (Polokwane and Germiston) and have stopped supply to retailers,” the company said.

Motsoaledi said the listeria had been traced to the product after nine children under the age of 5 presented at a hospital in Soweto, Johannesburg, on January 12 with febrile gastroenteritis.

Samples of polony manufactured by Enterprise as well as another company were taken from their daycare center. Products manufactured at Enterprise’s Polokwane factory subsequently tested positive for the strain that was later found to be responsible for almost all of the cases, Motsoaledi said.

The minister advised “members of the public to avoid all processed meat products that are sold as ready-to-eat. ”

“While we know that polony is definitely implicated, there is a risk of cross-contamination of other ready-to-eat processed meat products, either at production, distribution or retail.

“This is because Listeria on the exterior casing (packaging) of polony can be transferred to other products it comes into contact with, including viennas, russians, frankfurters, other sausages, and other ‘cold meat’ products that are typically not cooked before eating,” he said.