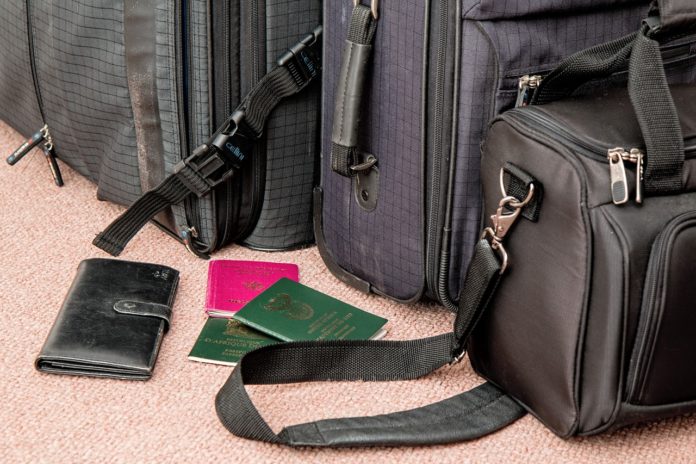 The South African travel trade has added its voice to the announcement made yesterday regarding the requirements of travelling with minors and its policy on Unabridged Birth Certificates.

The announcement was made by Home Affairs Minister Malusi Gigaba yesterday during a press conference following last week’s Stimulus Package announcement by President Cyril Ramaphosa on visa regulations which focussed solely on the international market.

The President said: “Within the next few months, amendments will be made to the regulations on the travel of minors; the list of countries requiring visas for South Africa will be reviewed and an e-visa pilot will be implemented. These measures have a huge potential to boost tourism and to make business travel into our country more conducive. Tourism continues to be a great job creator. Through these measures, we are confident that many more tourists will visit South Africa and South Africa opens its arms to welcome the millions of tourists who will be streaming our way following this architectural reconstruction.”

Minister Gigaba confirmed that South African minors will still be required to prove parental consent as required by the Children’s Act. This consent, he confirmed, is the presentation of Unabridged Birth Certificate in the absence of the new passport which includes both parent’s names.

ASATA CEO Otto De Vries has slammed the announcement, saying if South Africa wants to stimulate the economy, UBC requirements need to be scrapped for all travellers, including South Africans.

“The controversial requirement for travelling families has stifled outbound tourism, as it is making it difficult for local families to travel internationally. Why would you continue to apply a policy that will hamper and frustrate them?”

De Vries urges the government to apply the new policy consistently and across the board. He says: “Only applying the policy for international travellers would have no relevancy and create inconsistency. The stringent requirements were implemented to combat child trafficking. If the government only removes the requirement for international travellers, are they suggesting that only South African passport holders are guilty of child trafficking?”

“Not extending the amendments to the rules across the board would also become a logistical nightmare, as foreign airlines would need to continue to monitor each traveller to identify South Africans and only apply the stringent regulations to them.”

In a separate statement, the Southern African Tourism Services Association (SATSA) said: “Following the President’s announcement, we had expected full clarity to be provided jointly by the Ministries of Tourism and Home Affairs on how the regulations would be amended to give effect to the President’s proposed changes to immigration and visa regulations to help stimulate the economy.

“Instead, Home Affairs issued an obfuscated message that serves only to confuse travellers, much in the way it did when the regulation was first introduced three years ago,” said David Frost, CEO Southern Africa Tourism Services Association, the voice of inbound tourism in Southern Africa.

“Our position from the start has been that this draconian, heavy-handed and nonsensical policy to combat child trafficking has no place in the modern economy. Rather, it should be dealt with through proper policing. Semantic changes to the regulation are not the solution,” says Frost.

“We see light at the end of the tunnel and are thankful to Tourism Minister Derek Hanekom and President Cyril Ramaphosa for their continued efforts to reduce these onerous entry requirements for international travellers to South Africa.”

Flight Centre, said Stark, is further hopeful that these measures, aimed at stimulating the South African economy, are extended to include South African travellers, and that the requirement to hold UBCs also be abolished for local travellers, so that the outbound travel industry can contribute more positively to South Africa’s economy.

Although the South African government has announced it will ‘soon’ roll out a new child passport which will include the parents’ details and replace the UBC requirement, this is not an adequate solution, says De Vries. “In our modern South African society, there are many different types of families with single-parent families no longer a rare exception. As it stands, both parents will be required to be present when applying for a child’s passport. This is not realistic.”

ASATA adds that furthermore, the UBC requirement has a negative impact on South Africa’s substantial VFR (Visiting Friends and Relatives) inbound tourist arrivals. “South African living abroad are equally frustrated by this onerous regulation, which requires them to acquire UBCs or go through the passport application process for their children. In terms of market share, inbound VFR traffic to South Africa accounted for as much as 3.3 million arrivals in 2016/2017.”

Although the South African government has previously suggested that the International Civil Aviation Organization (ICAO) could adopt South Africa’s proposal to include parents’ names in a child passport as best practice, De Vries explains this is naïve. He refers to India where the government trialled this practice but announced in January it was abandoning it.

De Vries sums up: “South Africa’s government needs to remove the requirement for travel with a UBC for all passport holders.”