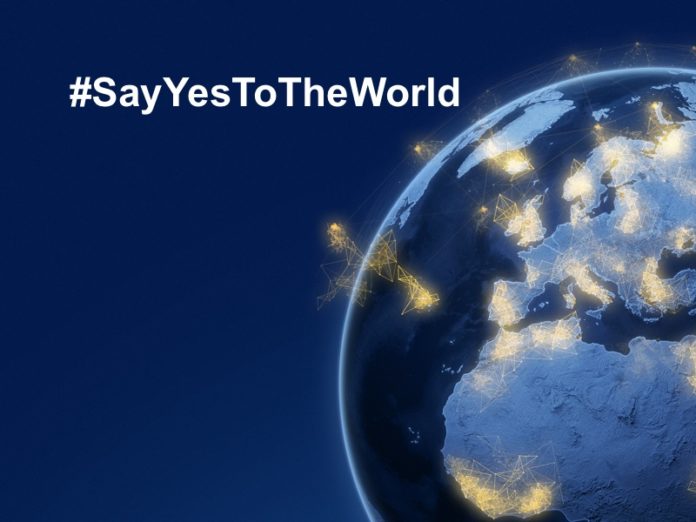 “Say yes to the world,” discover it and explore it together with an open mind: this is the heart of Lufthansa’s new global advertising campaign, which has gone live in many international markets across various communication channels.

According to the airline, the campaign is one of the most innovative in the its history as it aims to question familiar ways of thinking and habits, while demonstrating how enriching it is to discover the world.

As part of the campaign, Lufthansa is launching a #SayYesToTheWorld raffle, where contestants can register to win flight tickets to destinations operated by Lufthansa. Anyone can enter to win by visiting https://yestotheworld.com/global/en choosing a location they would like to experience from the virtual globe, then selecting “Yes!”

With #SayYesToTheWorld Lufthansa encourages people to open-up to the world by asking them questions that create more awareness and allow them to see a journey as a source of inspiration. As part of the cross-media campaign, Lufthansa installed aircraft seats at public locations in Munich, Shanghai and New York, and asked people walking by to sit in the seats and answer the question “Why do you love the world?” The campaign does not include statement but rather open questions that can be answered based on personal and unique experiences.

The campaign was launched as part of the recent brand refresh, including a new aircraft livery, which was revealed on the occasion of the 100th anniversary of the Lufthansa logo, the crane. The agencies involved in the development and implementation of the campaign were: Kolle Rebbe, for the creative concept, DDB for the digital part and Mindshare for the media planning.