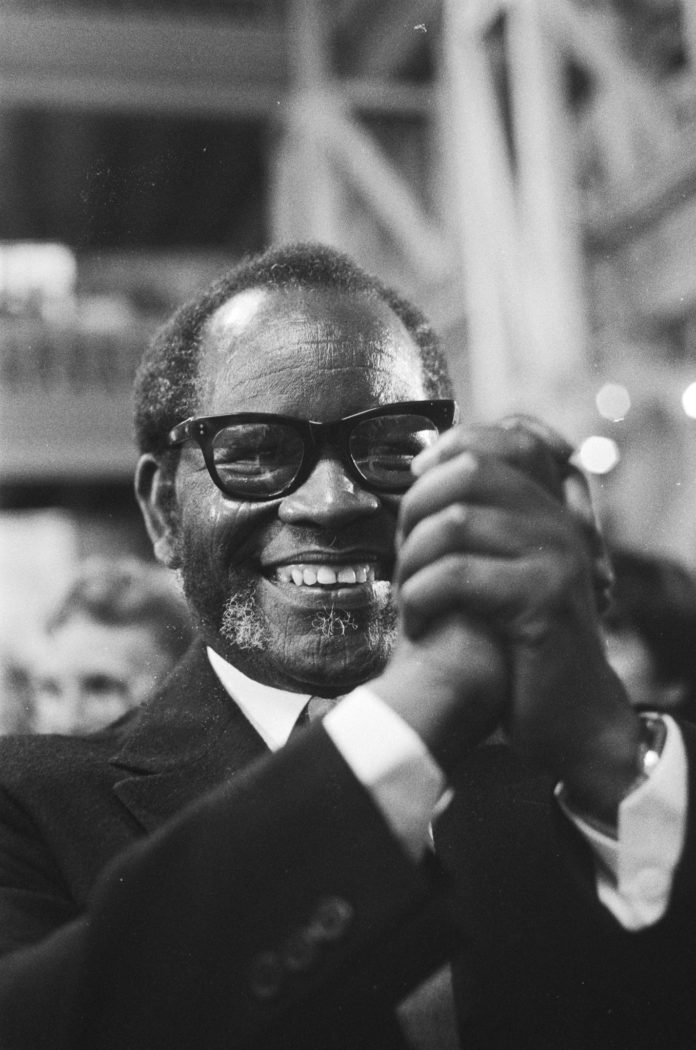 Earlier today, South African President, Jacob Zuma, unveiled a life-sized statue of late OR Tambo at an unveiling ceremony at OR Tambo International Airport in Johannesburg.

The Presidency said in a statement earlier this week that the ceremony forms part of the OR Tambo centenary celebrations that are being held across the country under the theme “life and legacy of OR Tambo”.

Coinciding with the unveiling of the statue, the president also officially renamed the air traffic and navigation services auditorium and tower after the liberation struggle icon.

The sculpture was created by local artists who took about six weeks sculpting it from photographs of his face.The late struggle stalwart would have turned 100 years old on October 27.

The statue is expected to enhance South Africa’s Tourism image. Representative for Airports Company South Africa, Refentse Shinners says it’s an honour to have a statue of Tambo since the airport was named after him. “Our airport is not only a gateway into the country but also into the continent. It is befitting that we have someone who was not only one of the most notable liberation leaders on the continent named after the airport as well as his presence through the statue.”