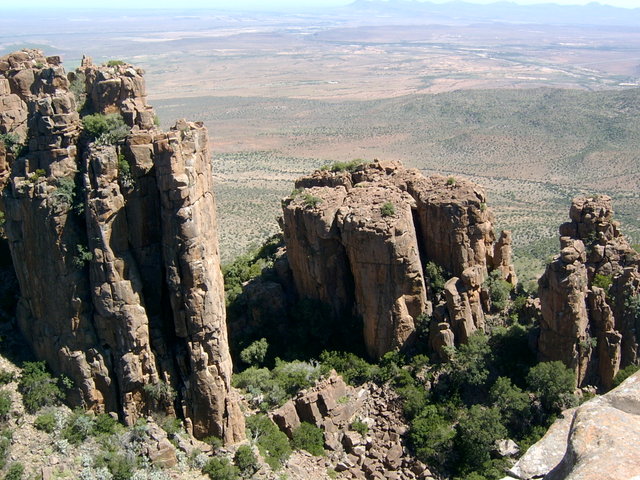 Camdeboo National Park may not be the largest or most well-known of the national parks, but it is becoming a more popular tourist attraction.

According to SANParks, is evident in the full financial year statistics from 1 April 2017 to 31 March 2018. The Park notched up a five percent increase in visitors during this period in comparison to the same time in 2016/17, with a total of 43 543 guests to the park, up from 41 432 previously.

The majority of these were local, South African visitors, who accounted for 31 208 or 72% of the total. International guests added up to 12 121 or slightly under 28%, while those from SADC countries made up the minority.

Park Manager, Mzwandile Mjadu, says they are happy to see an increase in the number of visitors to the Park. “It means that more and more people are getting to know and know about the Park and experiencing the natural environment. We hope that their time spent in Camdeboo deepens their love of and conservation of nature,” says Mjadu.

The Park offers only camping, caravanning and a small tented camp in the line of overnight accommodation, which translates into much higher day visitor numbers compared to overnight guests – at 91% and nine percent respectively.

“Given the fact that the Park practically surrounds the town of Graaff-Reinet, with all its B&B’s and other accommodation offerings, we are not surprised by our day versus overnight figures. We have always worked in harmony with all the tourism establishments in town and do not wish to compete with one another,” continues Mjadu.

Germany, Netherlands and the United Kingdom were the Park’s top three overseas markets, which represented 48%, 18% and six percent of the international market respectively.

Camdeboo National Park is most well-known for its Valley of Desolation. While this is the main reason people visit the Park, a number of activities are also on offer such as self-drive game viewing, birding, a variety of water sports on the Nqweba Dam, 4×4 trails various walking trails.