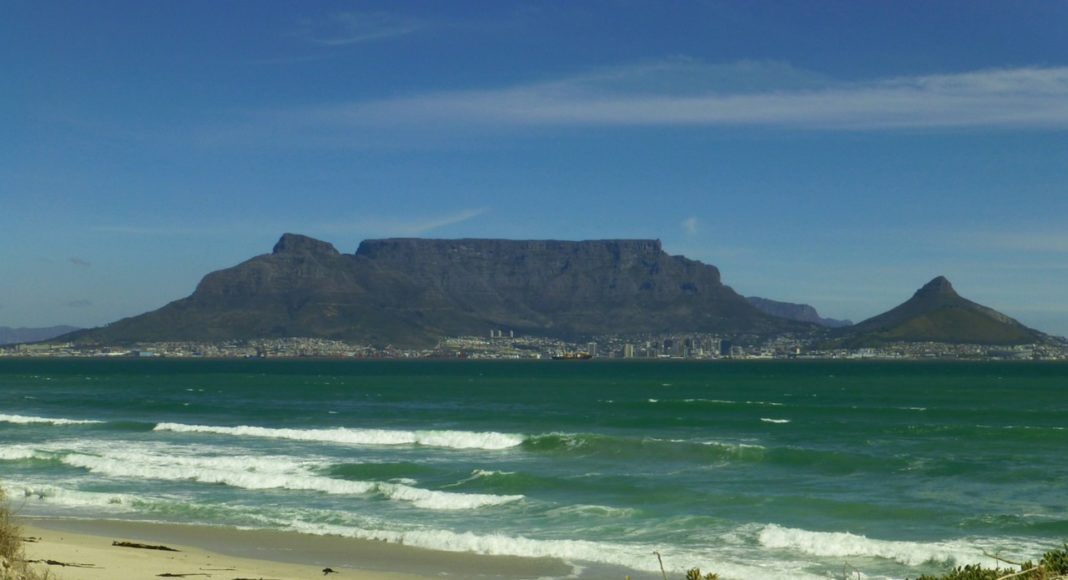 To celebrate International Mountain Day on Monday 11 December, Table Mountain Cableway, in partnership with the Geological Society of South Africa, has put together an infographic revealing the geological secrets of the 260 million year old Cape Town icon. 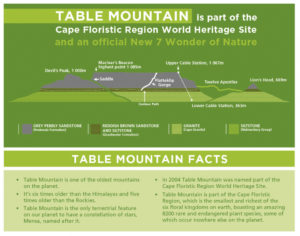 The infographic, on public display at the Upper Cable Station, reveals the four different rock layers which constitute the structure of Table Mountain:

Cape Granite – Hard and coarse-grained, this rock is the foundation for most of Table Mountain. It is characterised by large white feldspar crystals, shimmering flakes of black mica and grey glassy quartz.
Malmesbury Group – Around 540 million years old, this formation that forms the foundation of Devil’s Peak consists of siltstone, mudstone and lighter coloured sandstones.
Graafwater Formation – Between 25m and 65m thick, this reddish brown layer of sandstone and siltstone is the mountain’s middle layer and its thinnest.
Peninsula Formation – Comprised of light grey, pebbly sandstones, this formation, at 700m thick, is the top layer and forms the bulk of Table Mountain.

Some other lesser-known facts about Table Mountain:

Jeanette Briedenhann
Jeanette Phillips joined the team in 2016. She developed a passion and love for all things-travel related in her role as travel journalist, a position she held for over seven years. A brief exodus into the corporate marketing sphere proved that there is no better industry than the travel industry. Research and writing are two of Jeanette’s greatest passions, but she is always open to new challenges and different ways of doing things.
Previous articleEdelweiss to launch Seychelles flights
Next articleBotswana tourism levy cancelled